A Course in Forgiveness by Gerald Crawford 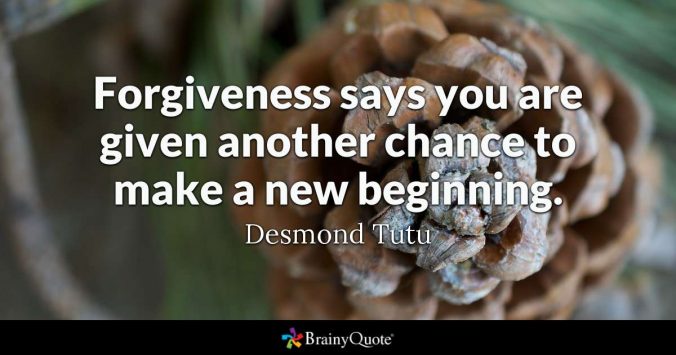 Forgiving and Moving On

The motivation in “moving on” is to look forward, to get on with one’s own life, whether or not that includes the offending person.

It is not necessarily a selfish act to “move on.” Yet, this act, by itself, is not likely to cleanse the person from a persistent resentment that can last for a very long time. It is in the reaching out to the other in forgiveness, even if reconciliation does not occur, that there is emotional healing for the one who extends the forgiveness.

Forgiving and “moving on” are related in this way: Once a person forgives by offering goodness to those who have not been good to the forgive, this aids the forgiver in now being able to move beyond the situation without rancor, without the disquieting resentment that can be hard to diminish.

Forgiveness, in other words, actually helps a person “move on.”

On the other hand, if all a person is doing is “moving on,” this will not necessarily aid forgiveness because the injured person has put out of mind what happened, which can include no longer thinking about the other, which renders the motivation to forgive – to reach out to the other – unlikely.

For people to recover from severe unjust treatment, they often need stronger medicine than “moving on.” Communities need to see this and to make an important distinction between these two if people are to recover deeply and well from others’ mistreatment.

Forgiveness is a large part of the hope that underlies recovery in the context of unfair treatment from others.

Refrain from Judgment
Embrace your dark times and make it a Testimony of Balance
We have a lack of compassion in our world that is linked to emotional detachment
Forgiveness is very important but also will be the most difficult thing you will ever do.

Forgive Yourself & Let Go Of The Past

© 2020 A Course in Forgiveness by Gerald Crawford

Theme by Anders Noren — Up ↑